The EVGA GeForce RTX 2060 KO offers something for everybody.

Gamers like you and me get a custom GeForce RTX 2060 graphics card and all its benefits—great 1080p gaming, good 1440p gaming, and real-time ray tracing—for just $300, a full $50 below the RTX 2060’s suggested price. EVGA steals the spotlight in a crucial segment of the market by significantly undercutting its competitors. And Nvidia gets to clear out stock for a different GPU, surprisingly enough, while fielding a headache-free rival to the new $280 Radeon RX 5600 XT.

Okay, maybe AMD doesn’t get anything out of it.

EVGA’s graphics card cuts some corners to hit the $300 mark, but they’re wholly reasonable tweaks, and the lower price point makes Nvidia’s entry-level ray tracing option much more appealing. So does EVGA’s $300 GeForce RTX 2060 KO and overclocked $320 RTX 2060 KO Ultra manage to knock out AMD’s latest GPU? And what about Nvidia’s own RTX 2060 Founders Edition, which just received a price cut to $300 itself? Let’s dig in. 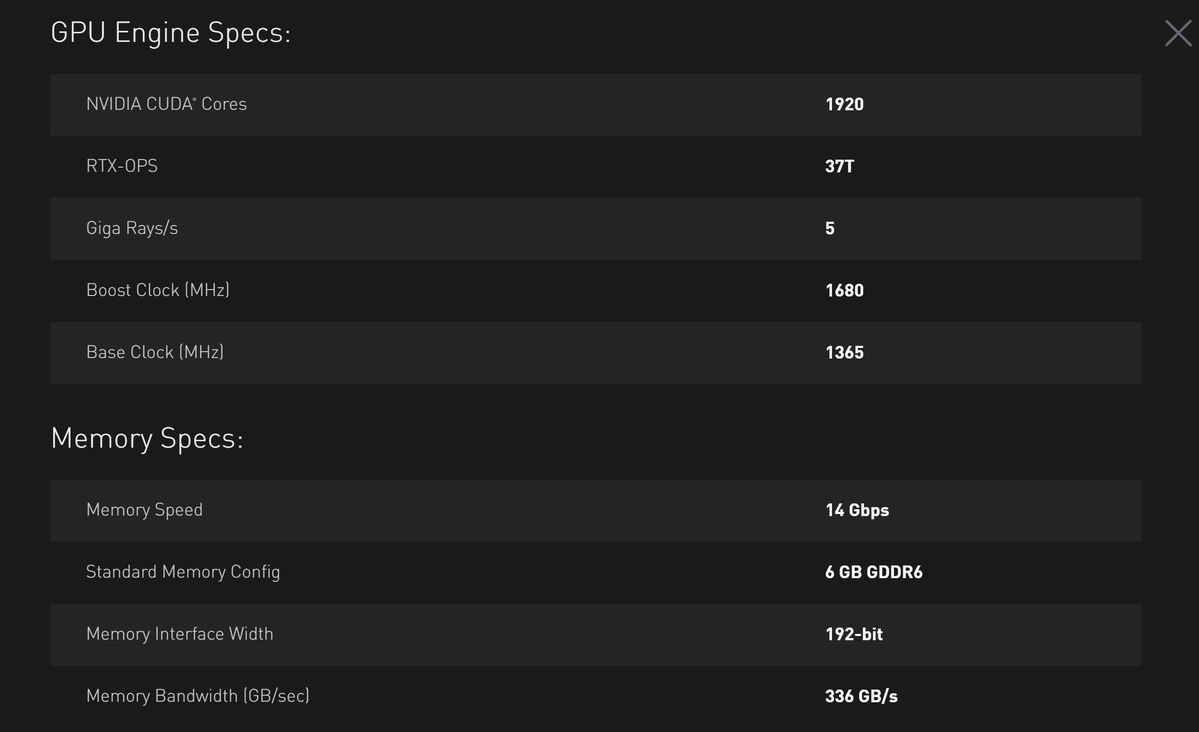 That means the EVGA KO packs the same 1,920 CUDA cores and 30 dedicated ray tracing cores as other RTX 2060s, tied to the same 6GB of GDDR6 VRAM with a 192-bit bus, bringing the total overall memory bandwith to a blistering 336Gbps. It behaves exactly like its TU106-based siblings in both gaming and ray tracing performance in our testing. Gamers Nexus discovered one key performance difference: The TU104-based EVGA KO performs up to 57 percent faster in Blender rendering tasks. That’s a very niche use case, but if you use Blender, it’s enough to push you toward the EVGA KO over rival RTX 2060 models. 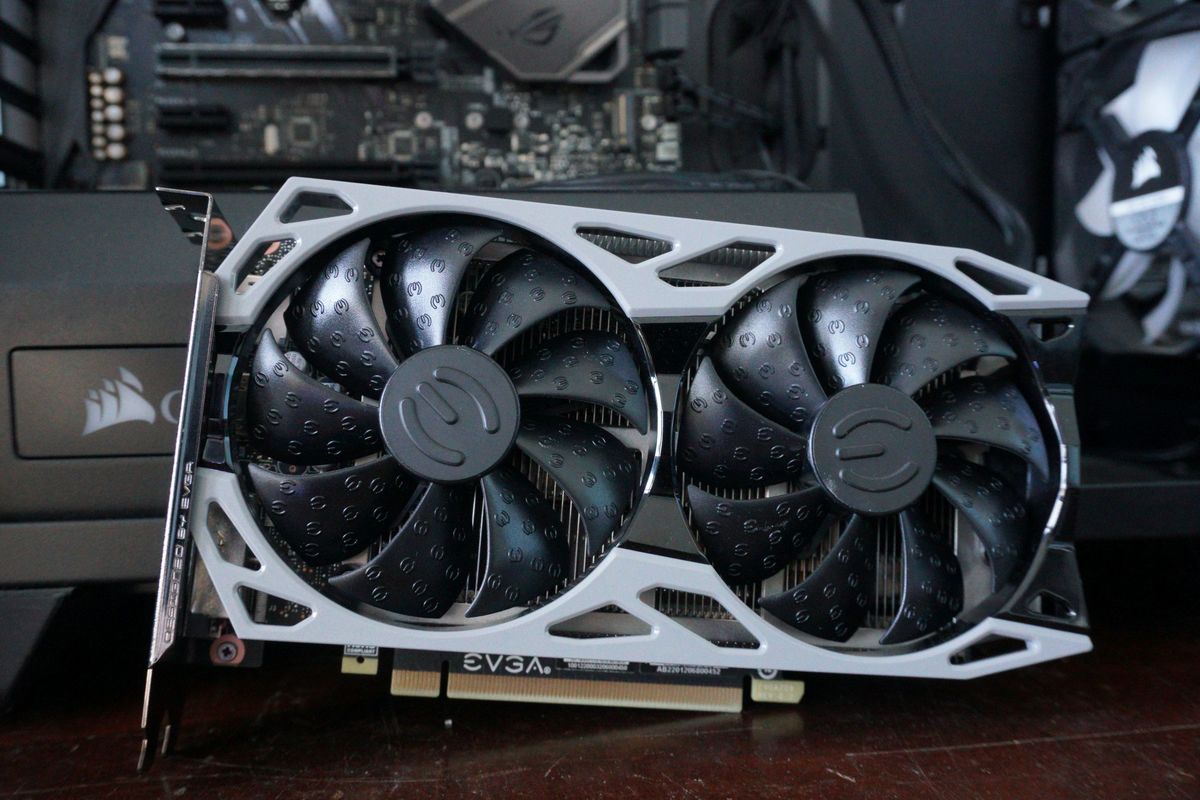 EVGA offers two different variants. The $300 GeForce RTX 2060 KO sticks to the GPU’s stock 1,680MHz Boost clock speeds, while the $320 EVGA RTX 2060 KO Ultra offers a mild overclock to 1,755MHz. You can overclock them further yourself, but EVGA prevents users from increasing the power limit to keep from overloading the board’s 4-phase VRM. The KO and KO Ultra are identical other than the clock speeds. We’re reviewing both configurations: EVGA sent us the Ultra model along with the BIOS for the cheaper version, so we could test both. 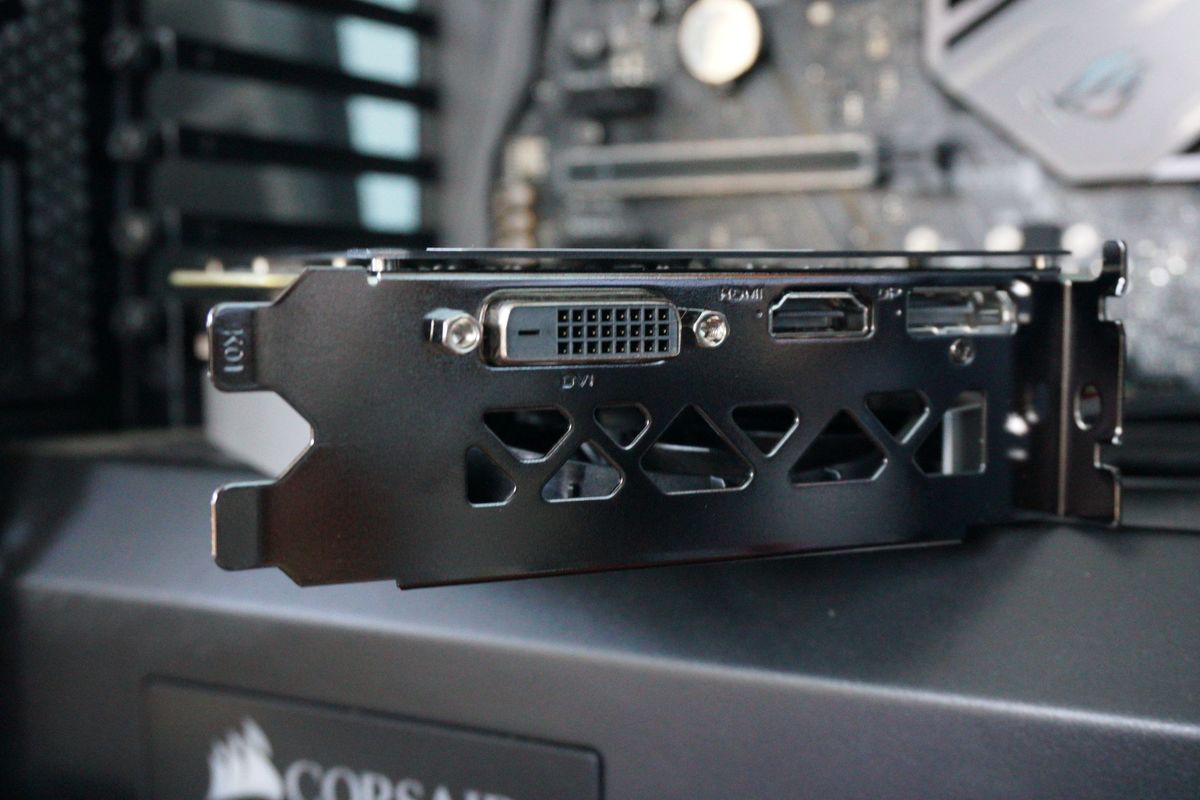 You’ll notice some cost-saving measures as soon as you take the EVGA RTX 2060 KO out of the box. It’s a tiny card that reuses the design of the $240 EVGA GeForce GTX 1660 Super SC, eliminating development costs for another custom cooler. The shroud’s plastic, rather than metal, and lacks the RGB lighting options found on most modern custom graphics cards. The KO also sticks to a very basic port configuration, with singular DisplayPort, HDMI, and DVI connections. Those are all reasonable downgrades to shave $50 off the normal cost of RTX 2060 models, in our opinion. 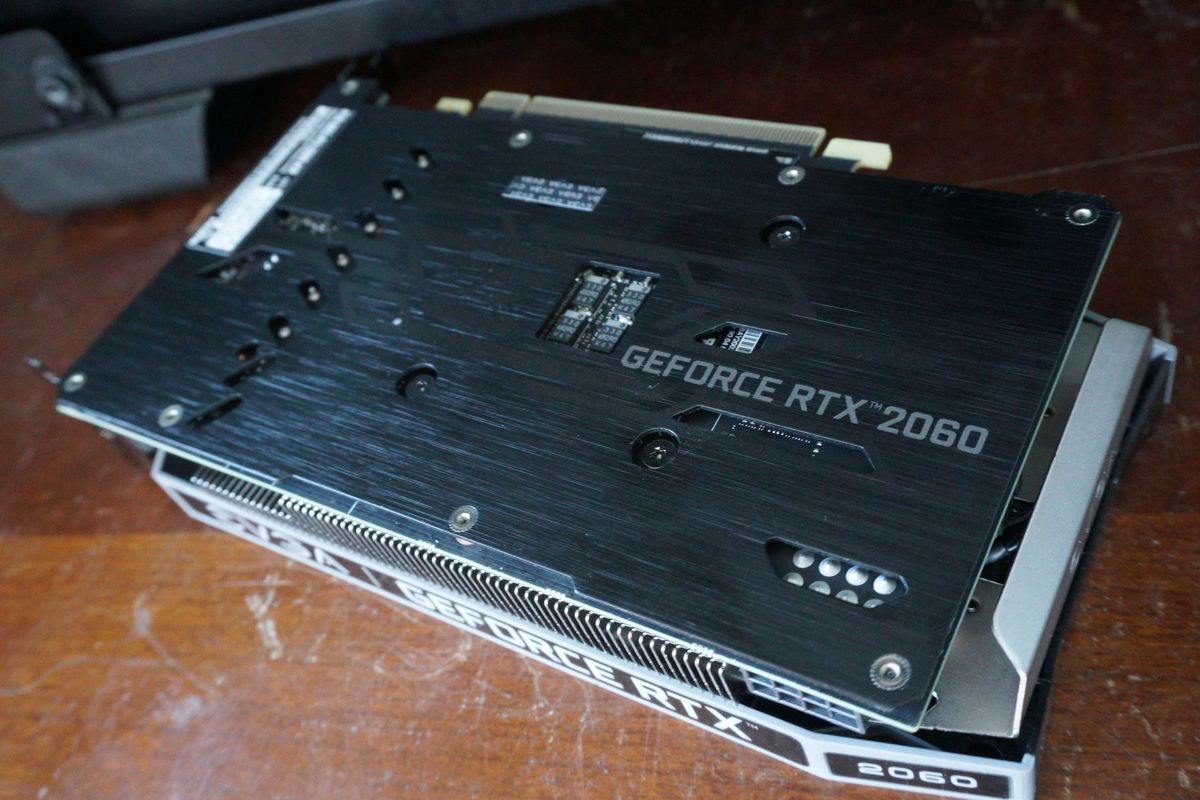 EVGA still managed to sneak some nice extras onto the card despite its budget price, however. The RTX 2060 KO includes a metal backplate that looks nice and clean in your case, while the two large fans adorning the shroud support the crucial idle fan stop feature. Idle fan stop prevents the fans from spinning when the GPU isn’t under heavy load, creating an utterly silent environment when you’re just tooling around on your desktop. EVGA’s Precision X1 monitoring and overclocking software remains among the best available, too. 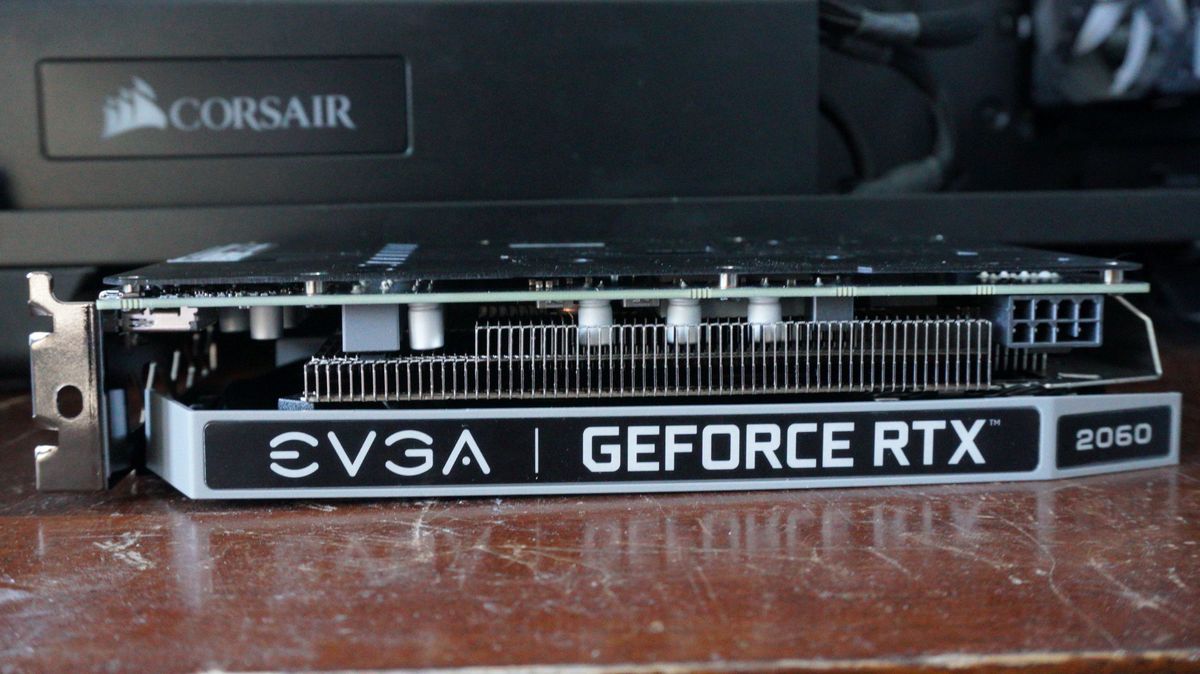 Of course, as a GeForce RTX 20-series graphics card, the EVGA KO can run real-time ray tracing in the games that support it, and it supports all Nvidia’s latest hardware innovations. Check out our Turing architecture deep-dive for more information on that front. On the software side, the EVGA KO plays nice with GeForce Experience and its myriad features, including Ansel super screenshots, ShadowPlay video recording, integer scaling for retro games, low-latency modes for competitive titles, and more.

But onto the real question: How does it game?